There are many evidences which show the stance of the Abu Bakr and Umar from the Hadith (narrations of the prophet), here is one of such evidences:​ 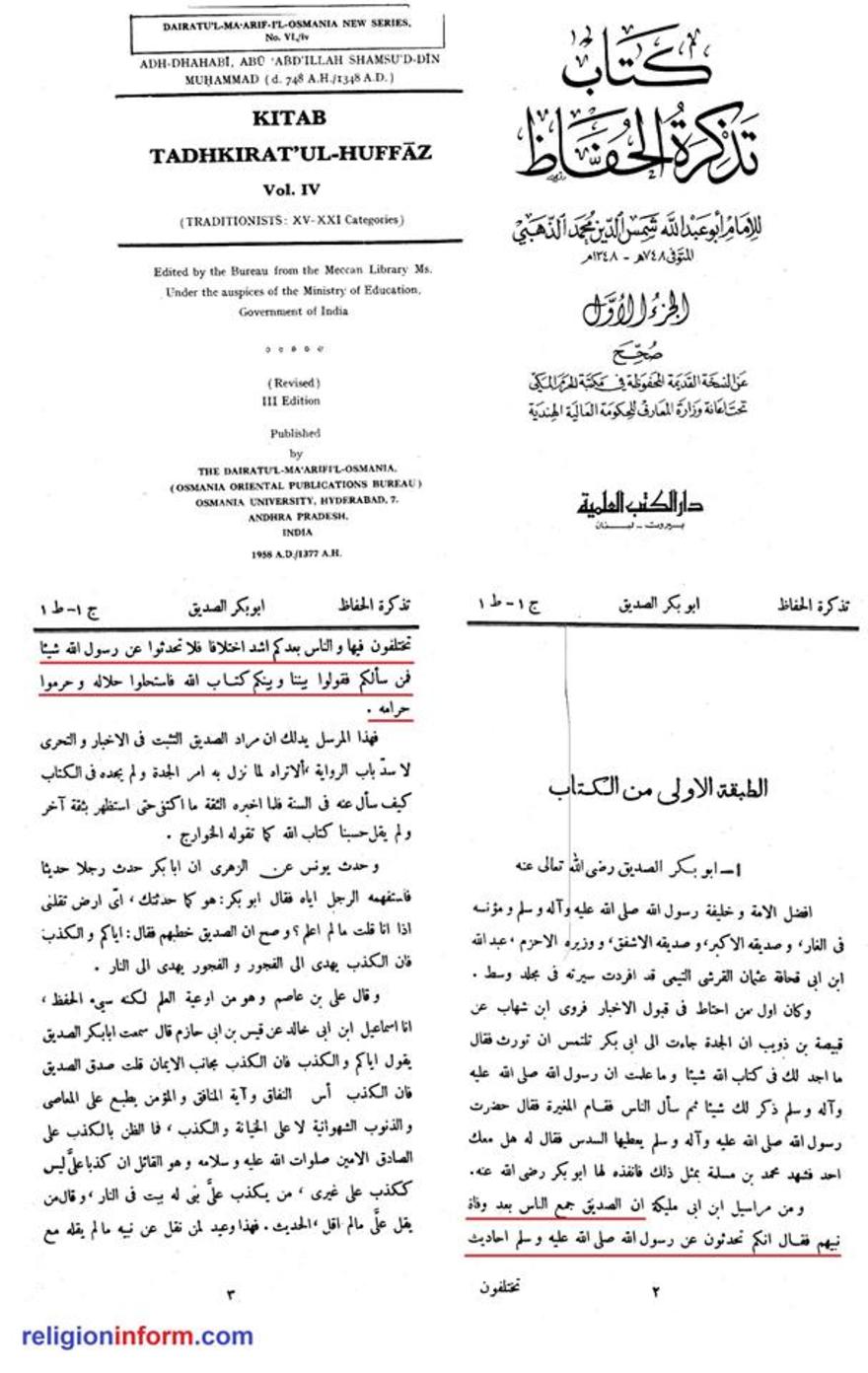 The first Caliphs did not only prohibit writing the Hadith, they were against even narrating it!

As shown in the scanned image above, al-Dhahabi's Tadhkirat al-Huffadh reported that Abu Bakr himself said: "You are transmitting narrations from the messenger which conflict with each other and the people that come after you will be in a worse predicament. So do not transmit anything from God’s messenger. Whoever asks you (about the hadith), tell them: 'The Book of Allah is amongst us, abide by what has been made lawful for you therein and avoid what has been prohibited.'

This inline with the famous Hadith in Sahih al-Bukhari, where Ibn ‘Abbas narrated:

When the time of the death of the Prophet approached while there were some men in the house, and among them was ‘Umar bin Al-Khatttab, the Prophet said, “Come near let me write for you a writing after which you will never go astray.” ‘Umar said, “The Prophet is seriously ill, and you have the Quran, so Allah’s Book is sufficient for us.” The people in the house differed and disputed. Some of them said, “Come near so that Allah’s Apostle may write for you a writing after which you will not go astray,” while some of them said what ‘Umar said. When they made much noise and differed greatly before the Prophet, he said to them, “Go away and leave me.” Ibn ‘Abbas used to say, “It was a great disaster that their difference and noise prevented Allah’s Apostle from writing that writing for them.