If you have studied the positions of Aysha, Talha, Al-Zubair, the Ummayds, and the others from imam Ali (a.s.), you will not be surprised to hear that the Sunni’s recognition of Imam Ali (a.s.) as a fourth Caliph was a later addition to their creed. Attached is a scanned page from Tabaqat Hanabilah, a well-known Sunni source, explicitly describing the negative reaction when Ahmed Ibn Hanbal decided to add Imam Ali (a.s.) as the fourth Caliph!

A description of the following related scanned page, which is taken from a well-known Sunni source, is given bellow: 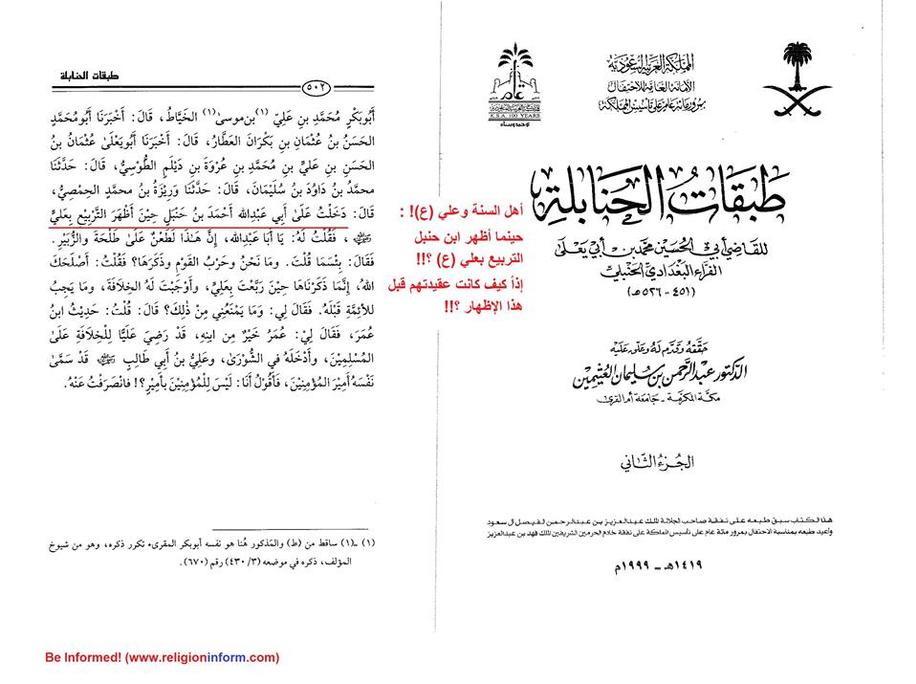