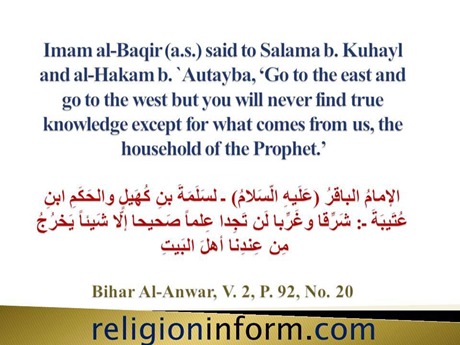 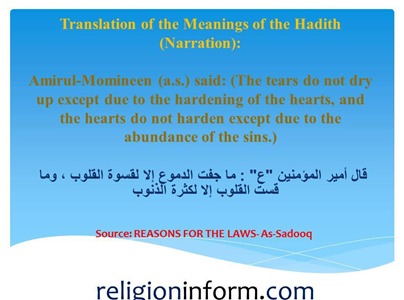 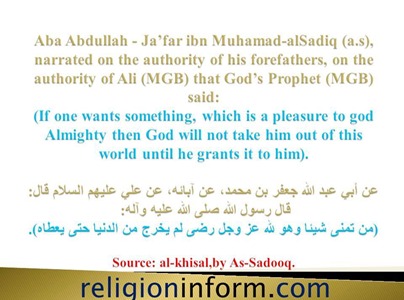 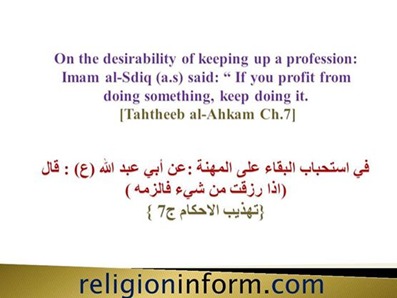 Shia believe in the institution of Imāmah as a continuation of prophethood. In the Shia faith the ‎Imam in its narrower sense is the person who is in charge of all political and religious affairs of ‎the Islamic nation.
More exactly, the Imam is the person who is appointed by God and introduced ‎by the Prophet and then by each preceding Imam by explicit designation (nass) to lead the ‎Muslim community, interpret and protect the religion and the law (shar3ah), and guide the ‎community in all affairs.
He must be sinless and possess divine knowledge of [...the...] meaning of the Quran. ‎
* Source (with summarization):‎ Discovering Shia Islam, by Mohammad Ali Shomali.

The Term "Shia" in Holy Quran *

The word "Shia" means "followers; members of party". As such, the term "Shia" alone has no negative or positive meaning unless we specify the leader of the party. If one is a Shia (follower) of the most righteous servants, then there is nothing wrong with being Shia, specially if the leader of such party has been assigned by Allah. On the other hand, if one becomes the Shia [of] a tyrant or a wrong-doer, he shall meet with the fate of his leader. In fact, Quran indicates that on the day of Judgment people will come in groups, and each group has its leader in front of it. Allah, to whom belong Might and Majesty, said:

"One day We shall call every group of people by their respective Imams. (Quran 17:71)

In the day of judgment, the destiny of the "followers" of each group highly depends on the destiny of his Imam (provided that they really followed that Imam). Allah mentioned in Quran that there are two types of Imams. Some Imams are those who invite people to Hell fire. They are tyrannical leaders of each era (like Pharaoh, etc.):

Certainly, being the members of the parties of such Satanic Imams has been severely denounced in Quran, and the followers of such parties will meet the fate of their leaders. However, Quran also reminds that there are Imams who are appointed by Allah as Guides for the mankind:

"And We ASSIGNED from among them some Imams who GUIDE by Our authority since they were patient and believed firmly in Our Signs." (Quran 32:24)

(Notice that the word "Shia" is explicitly used, letter by letter, in the above verse as well as the following verse.) In another verse, Quran talks about the Shia of Moses versus the enemies of Moses:

In the above verse of Quran, one is named the Shia of Moses (AS) and the other one is named the enemy of Moses, and the people at that time were either the Shia or the enemy of Moses (AS). Thus Shia is an official word used by Allah in His Quran for His high rank prophets as well as their followers. Do you want to say Prophet Abraham was sectarian? How about Prophet Noah and Prophet Moses?

If somebody calls himself a Shia, it is not due to any sectarianism, nor any innovation. It is because Quran has used the phrase for some of His best servants. The above verses that I mentioned in support of Shia, has used this term singular form (i.e., one group of followers). This means that it has special meaning, such as: THE Shia of Noah (AS), THE Shia of Moses (AS). Also in the History of Islam, Shia has been specially used for the "followers of Ali". The first individual who used this term was the Messenger of Allah himself [as shall we show in another article].

*Source: A Shi'ite Encyclopedia, The Term "Shia" in Quran and Hadith

This page contains the following articles about Shia Islam (Islam as taught by AhlulBayt - the family of the Prophet Muhammad, peace be upon them):

How Allah SWT will revenge the killing of Imam Hussain (a.s.)