"It is narrated by Muhammad bin Umar who said that Abdullah bin Ja'far told me that from the authority of ibn Abi Awn from Aboo Bakr bin Mohammed bin Amr bin Hazm about the verse of Allah, "It is neither permissible for you to annoy the messenger of Allah (swt) nor that you should marry his wives after him for ever." (33:53) He said:

"This verse was revealed against Talha bin Ubaydullah, hence he is the one who said, "If the Messenger of Allah died, I will marry A'isha."

Available From: "Revisiting The Salaf" Blog, with some editions.

Read the translation of the underlined narration, which is given bellow: 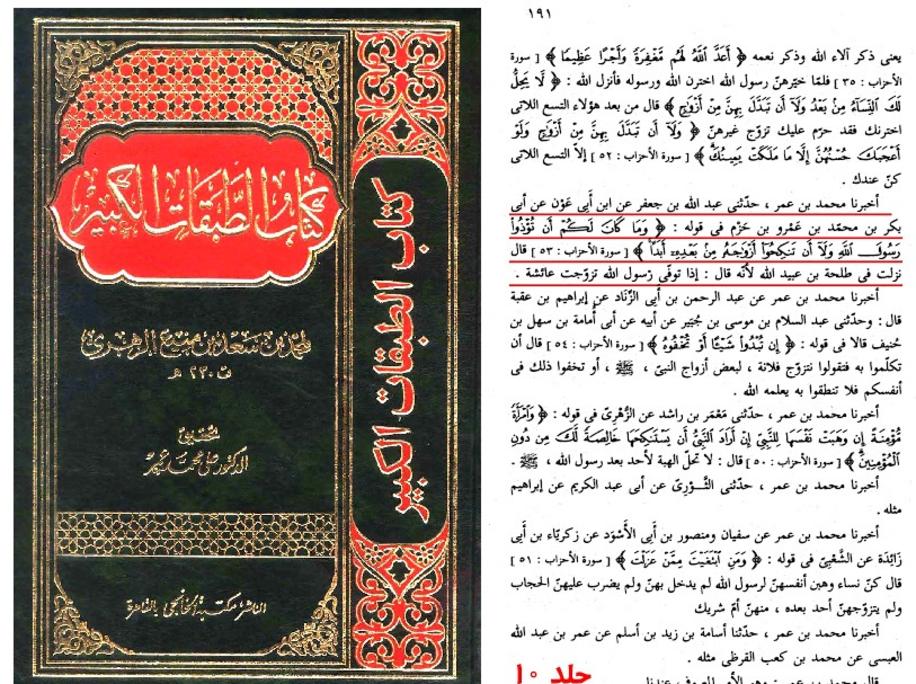