The famous Sunni Scholar, Imam Ath-Thahabi called for hiding the truth about the ‘Sahaba’ from the general public and destroying the evidences!!! 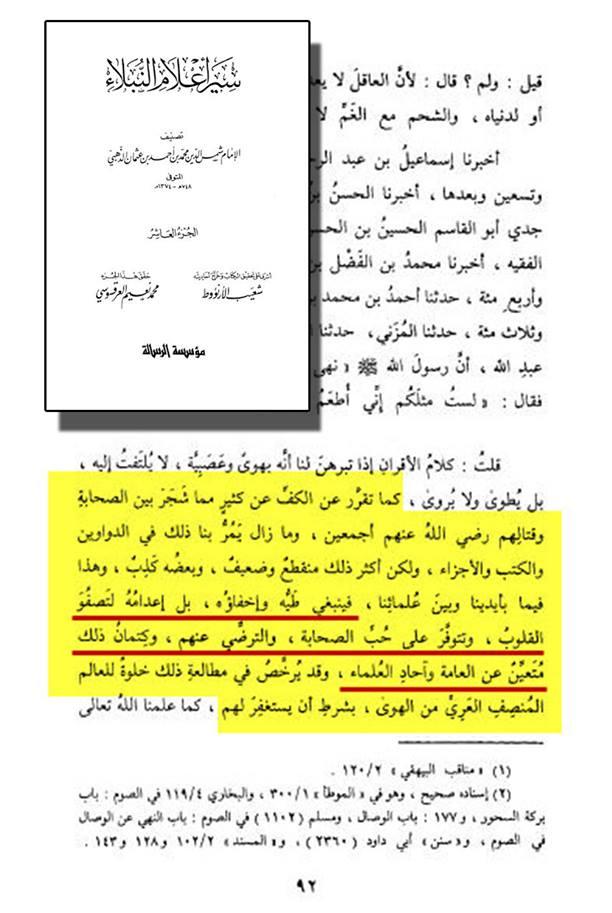 A description of the following related scanned page, which is taken from a well-known Sunni source, is given bellow:​

Siyar A'lam Al-Nubala by Imam Ath-Thahabi is described to be the most referenced biographical layers of Hadith transmitters for the Sunni school of Islam. In the attached scanned page, Ath-Thahabi called for the books containing evidences for the Vices of the “Sahaba” to be hidden from the general public and rather be destroyed!!(1).