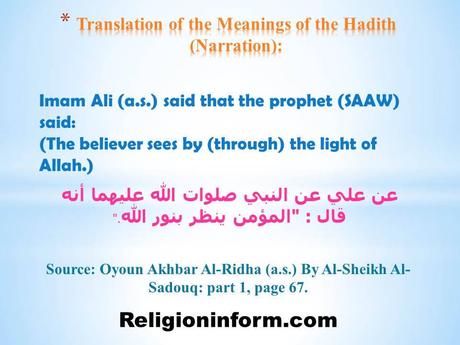 I was a hesitated whether to post this or not…as it's describing and based on an unchallengeable Sunni sources one of the most horrible atrocities in the Islamic history.

Should we talk about the black pages in our history or not? I don't think that we should talk about it…it's disturbing, but we must know it, study it in order to make sure that our hearts are with the righteous people, and to know where we should stand.

After the martyrdom of Imam Husayn in 61 A.H., Yazid invaded Madina. In his book, Al Bidaya Wan Nihaya, Chapter Seven, page 220, Ibn Kathir, who is highly esteemed by the international Wahabis (was taught by Ibn Taymiyya), gives a numerical count of “the many companions of the Prophet killed as 700, comprising the notable Muhajir and Ansars, and for others as 10,000.” On page 222, Ibn Kathir elaborated that the atrocities committed by the orders of Yazid are indescribable, and their impact “is known only to Allah.” This is despite the fact that earlier, on page 220, he had already stated that “women were raped to the extent that 1000 of them became pregnant and gave birth to children though they were unmarried...”

Having narrated these evil deeds, and wishing us to be cautious about whom Yazid really was, Ibn Kathir, on page 223, quotes three Traditions of the Prophet (S) . . . . First, he takes a Tradition from Bukhari, quoting the Prophet (S) to have said “There will be none who will oppress the people of Madina without disintegrating the way salt dissolves in water.” Second, he borrows a Tradition from Muslim that says; “Whoever has bad intentions for Madina, Allah will melt him the way solder melts in fire, or He will dissolve him the way salt dissolves in water.” Third, he narrates on the authority of Ahmad bin Hanbal, who says, “He who wishes to cause fear through oppression to people of Madina, Allah will cause him to be gripped by fear, and to be cursed by Him, His angels and by everyone else. Moreover, on the Day of Judgment, Allah will not accept his repentance and will not grant him forgiveness.”

Now then, is there any salvation for Yazid after what was done in Madina by his orders as stated by Ibn Kathir (page 220), and in light of the Traditions mentioned above? What type of Amirul Mu’minin is this who is subject to the curse of Allah, His angels and all human beings?

This section contains the following articles in relation to the Islamic History: