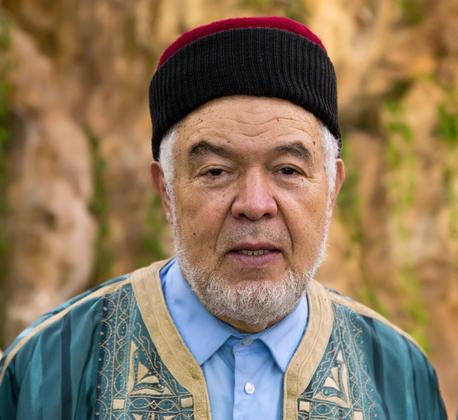 After the death of the prophet Muhammad (S), when the Ummah followed the steps of the Israelites who worshiped the Calf, only few stayed firm with Imam Ali (a.s.) as chosen Shiites (followers) of him. And since that time, gradually, significant section of the Ummah have chosen to correct their path, and to follow Ahlulbayt (a.s.), as this is the only path that can lead them to Salvation.

However, among those countless numbers of people in general, and scholars in particular, who have chosen to become Shiites, there are some whose conversion have started shock waves that continued to change the dynamics of the Islamic Sects Map.

Among those significant conversion stories, is that of Skeikh al Tijani Al Samawi, as his conversion has shaken many Sunnis to the degree that some have estimated those who have converted to Shia Islam because of his conversion to be more than a million.

And his first book after conversion, which is titled "Then I was guided", is an exceptionally important book that became the choice of many Shiites to offer, as a book that shows the evidences of the truthfulness of the Shia Islamic beliefs.

" Then I Was Guided (Arabic Thumma Htadayt) is Al-Tijani's first book—in a series of books—which he wrote for a Sunni audience. In this series, he asks the Sunnis the same questions he wrestled with during his studies of Shi'a literature. The author finds the Shi'i argument for their account of history to be valid, while citing evidence which he claimed proved the Sunni view cannot withstand scrutiny." (Wikipedia)

For these reasons, we have chosen to dedicate this page to this great book, where we have provided links to the book in its textual as well as audio formats.

Some Information about its great author, Al-Tijani Al-Samawi are also given.

"Al-Tijani was born in Tunisian Sunni family. As a student, he made a pilgrimage to Mecca. While studying at the Saudi (hawza), he was influenced by Saudi teachings, wahhabism - which holds, among many, that the Shi'ites aren't Muslims and are worthy of death.

Upon returning to Tunisia, Al-Tijani was influenced by an Iraqi Shia student, Mun'im, who invited him to Iraq. Al-Samawi spent several weeks with Mun'im; visited Baghdad and Najaf, and met with several leading Shi'a scholars. These included: Grand Ayatollah Abul-Qassim Khoei (al-Khu'i), Sayyid Muhammad Baqir al-Sadr (Grand Ayatollah to-be) and Allameh Tabatabaei, who taught him about Islam. After long debates with the Shia scholars, he embraced the faith that he was ready to 'expose.' "(Wikipedia)

the book in its textual form:

THE BOOK IN ITS AUDIO FORM:

A page dedicated to Al-Tijani’s great work: “Then I Was Guided”