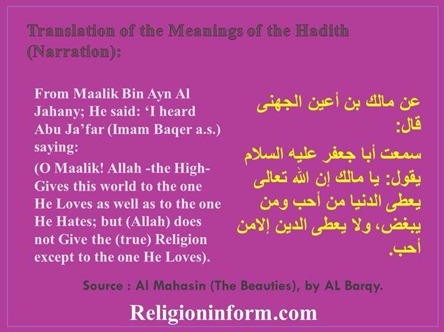 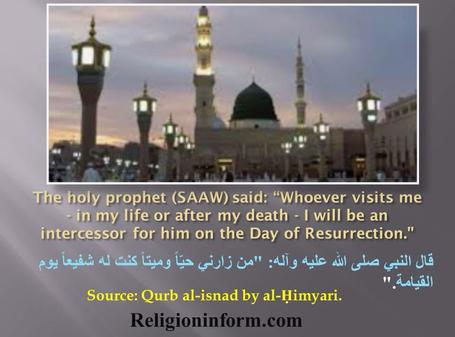 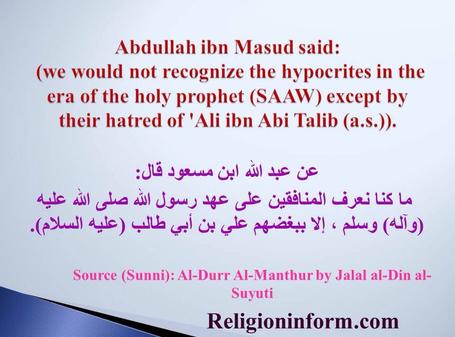 ALI'S CREATION FROM LIGHT AND HIS ASSOCIATION WITH THE HOLY PROPHET

From the point of view of light, Amiru'l-Mu'minin occupied the foremost place, as many of your illustrious ulema point out. Imam Ahmad Bin Hanbal in his Musnad, Mir Seyyed Ali Hamdani Faqih Shafi'i in his Mawaddatu'l-Qurba; Ibn Maghazili Shafi'i in his Manaqib and Muhammad Bin Talha Shafi'i in Matalibu's-Su'ul Fi Manaqib-e-alu'r-Rasul narrate from the Holy Prophet that he said, "I and Ali Bin Abi Talib both were a single light in the presence of Allah 14,000 years before the creation of Adam. When Allah created Adam, he deposited that light in Adam's loins. We remained together as one light until we separated in Abu'l-Muttalib's loins. Then I was endowed with Prophethood and Ali with the caliphate."

Mir Seyyed Ali Hamdani Faqih Shafi'i in his Mawaddatu'l-Qurba, Mawadda VII, mentions this point. "Ali and the Holy Prophet are from one Light. Ali was endowed with such qualities as were not given to any one else in all the world."

Among hadith which have been recorded in this Mawadda, there is a report from the third Caliph, Uthman Bin Affan, who said that the Holy Prophet said, "I and Ali were created from one light 4,000 years before the creation of Adam. When Allah created Adam, He deposited that light into Adam's loins. We remained as one light until we were separated in Abdu'l-Muttalib's loins. Then I was endowed with prophethood and Ali with vicegerency." In another hadith he writes that the Holy Prophet, addressing Ali, said: "So prophethood and messengership came to me. Vicegerency and the Imamate came to you, Ali."

The same hadith has been narrated by Ibn Abi'l-Hadid Mu'tazali in his Sharh-e-Nahju'l-Balagha, vol.II, p.450 (printed in Egypt) from the author of Kitab-e-Firdaus. Also Sheikh Sulayman Balkhi in his Yanabiu'l-Mawadda, part I, reports from Jam'u'l-Fawa'id, Manaqib of Ibn Maghazili Shafi'i, Firdaus of Dailami, Fara'idu's-Simtain of Hamwaini and Manaqib of Khawarizmi, with slight difference in wording but not in purport, that the Holy Prophet Muhammad and Ali were created from light thousands of years before the creation of the universe and that both of them were one light until they were separated from each other in the loins of Abdu'l-Muttalib. One part was placed in the loins of Abdullah and through it was born the Holy Prophet. The other part was placed in the loins of Abu Talib and through it was born Ali. Muhammad was selected for prophethood and Ali for vicegerency, as was disclosed by the Holy Prophet himself.

Abu'l-Mu'ayyid Mu'affaq Bin Ahmad Khawarizmi and many others have reported from reliable sources that the Holy Prophet said: "I and Ali were born of one light. We remained together until we reached the loins of Abu Talib where we were separated from each other."

So far as Ali's physical creation was concerned, he was evidently of the most exalted rank from both his maternal and paternal side. All of his forefathers back to Adam himself were worshipers of Allah. This light never settled in an impure loins or womb. None of the other companions can make such a claim. The lineage of Ali is as follows:

Except for the Holy Prophet, no one else had such a brilliant ancestry.

Sheikh: You have said that all the ancestors of Ali were monotheists. I think you are mistaken. Some of his ancestors were idol worshipers. For instance Abraham Khalilullah's father, Azar, worshipped idols. The Holy Qur'an clearly says "And when Abraham said to his father, Azar: 'Do you take idols for gods? Surely I see you and your people in manifest error.'"

Well-Wisher: You repeat what your elders have said although you know that the scholars of genealogy unanimously agree that Abraham's father was Tarukh, and not Azar.

Sheikh: But this is ijtihad (reasoning based on your own judgement) in face of divine ordinance. You are putting forward the views of the scholars of genealogy in opposition to the Holy Qur'an, which clearly says that Abraham's father was Azar, who was an idol worshiper.

Well-Wisher: I never argue in opposition to divine law. My aim is to know the real interpretation of the Qur'an. In order to accomplish this, I seek guidance from those who are equal to the Holy Qur'an as sources of guidance, the Ahle Bait of the Holy Prophet. The word in the holy verse has been used in the general sense because in the general sense even the uncle and the mother's husband are also called "father."

There are two views about Azar. One is that he was Abraham's uncle and the second is that in addition to being his uncle, after the death of Abraham's father, Tarukh, he married Abraham's mother. Hence Abraham used to address him as his father, since he was his uncle as well as his mother's husband.

Sheikh: We cannot ignore the explicit meaning of the Holy Qur'an, unless we find its other meaning in the Qur'an itself, clearly indicating that uncle or mother's husband are also called 'father'. If you fail to produce such evidence (and certainly you will fail), your argument will be unacceptable.

Well-Wisher: There are instances in the Holy Qur'an where words have been used in their general sense. For example, verse 133 of chapter II, Baqara (The Cow) of the Holy Qur'an supports my point. It records the questions and answers of the Prophet Jacob with his sons at the time of his death. It says: " When he said to his sons: What will you serve after me? They said: we will serve your God and the God of your fathers, Abraham and Isma'il and Isaac, the one God only, and to Him do we submit." (2:133)

In this verse the proof of my claim is the word Isma'il. According to the Holy Qur'an, Jacob's father was Isaac and Isma'il was his uncle, but, according to the general practice, he used to call him his father. Since the sons of Jacob also according to the general practice, called their uncle their father, they used the same word in reply to his father. God reported their question and answer as it was. Similarly, Abraham also used to call his uncle and his mother's husband, 'father', although, according to strong evidence of historical and genealogical accounts, it is an acknowledged fact that Abraham's father was not Azar, but Tarukh.

Was Abu Talib (as) a disbeliever?

"Abu Talib ibn ‘Abd al-Muttalib (549 – 619). He was the leader of the Bani Hashim clan of the Quraysh tribe of Mecca in Arabia. He was married to Fatima bint Asad and was an uncle of the Islamic prophet Muhammad [SAAW] [and the Father of Imam Ali a.s.] . Abu Talib was an important supporter of Muhammad until his death, after which Muhammad and his followers left Mecca" (wikipedia). Excerpts from a great book titled 'PESHAWAR NIGHTS' discussing the Islamic faith of Abi Talib, will be presented hereunder. These excerpts will present many of the evidences that prove without any doubt that the uncle and the supporter of the prophet Abi Talib was a believer who have hidden his faith till before his death, for the sake of protecting the prophet SAAW. Counter-argument will also be refuted in the topic.