Now here is what Ibn Taymiyyah has to say about this case:

“The one who killed Ammar bin Yassir is Aboo Al-Ghadiyah and it is said he was one of those who gave Bay'ah (swore allegiance) at Al-Ridwan. Ibn Hazim narrated that, ‘We swear heaven for Ammar (r.a) and as for his killers they believe that heaven is for him also.’”(1)

1. Minhaj as-Sunnah an-Nabawiyyah (منهاج السنة النبوية) by Ibn Taymiyyah (Scanned images of the referenced page and the book cover are attached above).

Source:"Revisiting The Salaf" Blog, with some editions.

Ammar ibn Yassir (r.a) was one of the companions of the Holy Prophet Muhammed (saw). He was one of the emigrants and is one of the four revered companions of Imam Alee (a.s) who had been given the title of being a 'Shi'ee' by the Prophet (saw) himself. Ammar (r.a) was born around 570 A.D and even prior to his conversion, he was a close friend of the Prophet (saw). During the propagation of Islam, Ammar (r.a) contributed in building the first mosque in Madinah. According to numerous narrations on this very incident and on other occasions, the Prophet (saw) foretold that he would be killed by a rebel group. This Prophecy was later fulfilled during the Battle of Siffin, which was lead by the army of Mu'awiyah and he (r.a) was killed mercilessly. He was killed by'Aboo Al-Ghadiyah Al-Juhani', who pledged allegiance at Al-Ridwan. This is another refutation to those who claim that all of those who pledged allegiance at Al-Ridwan, are all Just Sahaba, who will be rewarded with Paradise!
​ 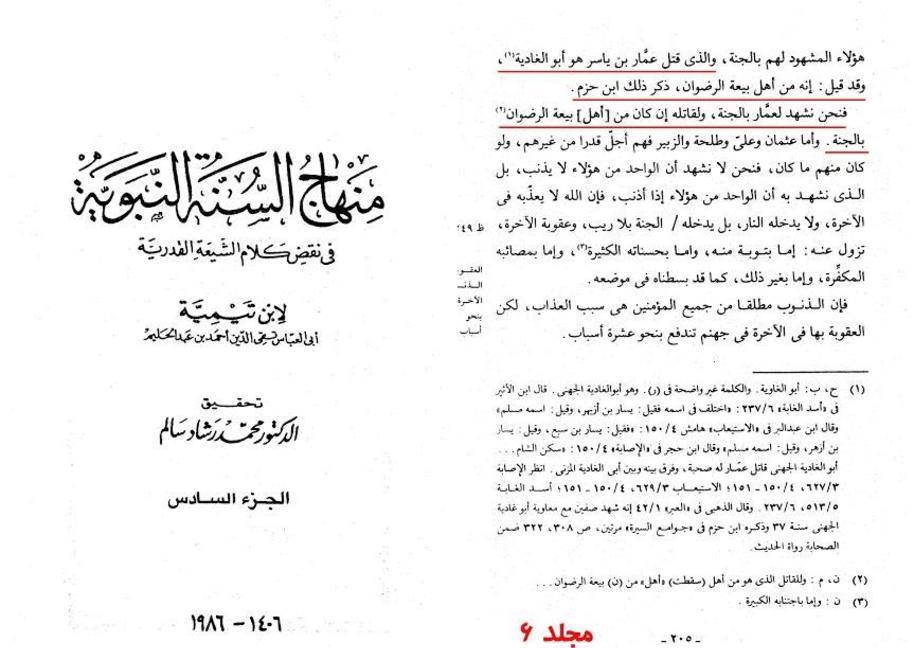 The companion of the prophet, who pledged allegiance at Al-Ridwan, and ended up Killing Ammar Bin Yassir (r.a)!