Wa Alaikumus-Salam Warahmatullahi WaBarakatoh,Before answering your question, dear brother, let me stress the following points that we both are in agreement about:1. You have posted more than 7000 posts here in RF, and I have no doubt that you are an educated person about Islam who can find the truth .2. Your question is about two contradicting views, and of course one of them represents the truth and the other one represents the falsehood...The truth will certainly prevail at the end, and hence if we to support falsehood we are harming ourselves without being able to bring victory to the falsehood On the other hand, since this is a wide subject, and based on the first point mentioned above, I will only point your attention to some points and I am sure that if you are to contemplate them subjectively, you yourself- will find that they are supported by many facts that we both agree upon Now let me first mention this about your question before answering it:You said: Why Do Shia Muslims Reject Ali Being the 4th. Caliph?Excuse me to first say that considering Imam Ali (S) as the fourth Rashid Caliph is not an original Sunni doctrine, it is something that has been added later:Do you think that Aysha and those who fought imam Ali (S) in the battle of Jamal (the camel) and the Umayyads consider Ali to be the fourth Caliph?Now let me again look another look at your question You yourself have shown how different the ways in which the Caliphs came to Power, add to this that Umar has warned against following the way of the appointing of Abu Bakr . All of this show that this ways of appointing the Caliph is from Humans and not from Allah.If the Baia (allegiance to) Abu-Bakr was legitimate then Ali (a.s.) and Fatima (a.s.) would have accepted it (and I can post the undeniable Hadiths that support this). And we all know who are Ali and Fatima peace be upon them both.Then, because of the first Caliphs, the Umayyads came into power, and we all know what the Umayyads have done just consider the Tragedy of Karbala, and the incident of al-Harrah in which 1000 girls daughters of the companions- gave birth because of being raped by the Umayyad Army.Just refer to Sayyid Qutb (the well known Sunni scholar) to know the transgressions of Othman. And The Transgressions of Moawiyah is well known, and let me ask: who enabled the Umayyads to establish themselves in Al-Sham (the Levant)?Now if we to go briefly into some details, we can easily see that the wars between the prophet (SAAW) and the Meccans did not end with crushing defeat to the Meccans, but rather they surrendered without war during the conquest of Mecca. Examining the events that directly follows the death of the prophet SAAW shows that after the death of the prophet (SAAW), the upper hand was for the Meccans, where they have been supported by the hypocrites.Let us look at what happened directly after the death of the prophet (SAAW): the Ansar ( the Medinians met at Al-Saqifah to appoint a leader from among themselves. It was clear that they have fear about their future. The Meccans (who include some of the Muhajireen) joined the Medinians at the meeting. There was a scuffle and the balance of power tilted toward Abu Bakr and Umar.It must be said that the Meccans in general would never accept the Imamate of Ali (a.s.) who have killed many of their figures during the Wars between the prophet (SAAW) and the them. And any objective research will have no doubt that the prophet (SAAW) has appointed Ali (a.s.) to succeed him and to lead the Muslims. All in All, the above mentioned ways of appointing the Caliph is not the way of Islam. The way of Islam is the way of Allah, who has sent many prophets to the Israelites after Moses. Similarly, Allah sent 12 imams after the prophet SAAW. As the previous nations killed their prophets, this Ummah killed all of the previous imams.We Shia call people to follow the prophet and his household (a.s.) :The prophet said:My Ahlul-Bayt are like the Ark of Noah. Whoever embarked in it is saved, and whoever turns away from it will perish.However, for those who choose for themselves not to follow AhlulBayt (a.s.)- although generally all Muslims claim to follow them!- our message is also a message of peace and harmony.We call for unity among all Muslims And we call for peace everywhere.Salam and Good luck brother. 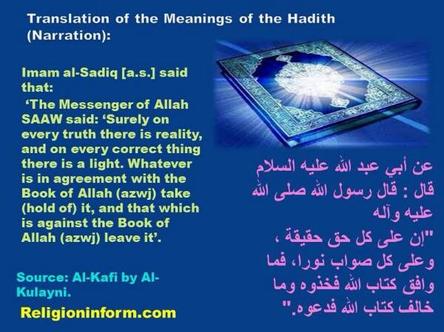 Why Do Shia Muslims Reject Ali Being the 4th. Caliph?